How Do Nootropics Work

Whether or not drugs are involved, the idea of nootropics is that they boost mental capacity, allowing you to accomplish goals that would be quite strenuous without them. According to Corneliu E. Giurgea, the father of nootropics, nootropics are drugs that simultaneously enhance learning and memory. They also protect the brain and increase the efficacy of brain-related control mechanisms. Over time, the description has been expanded to include other non-drug substances.

These days, they are used by various individuals, ranging from students wanting to get more studying done or turning in a paper on time, to engineers trying to figure out a problem.

What are nootropics made of?

The large range of nootropics make it difficult to describe them with a blanket sentence other than “they boost brain performance”. So, instead of a generalization, here is a short list of popular nootropics, as well as their specific actions, and possible side effects. 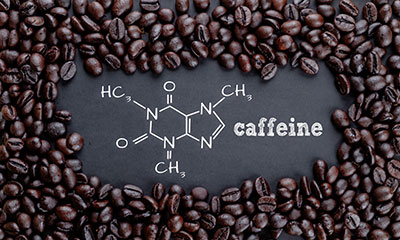 1. Caffeine: Caffeine is without-a-doubt the most popular nootropic, being present in most nootropic substances available on the market. It’s effective in wakefulness, improved concentration, increased motivation, alertness, and focus.

The side effects of caffeine are as well-known as its usefulness. Excessive consumption of caffeine causes insomnia, nervousness, restlessness, tachycardia (elevated heart rate), and even muscle tremors.

2. L-Theanine: Unlike Guarana, L-Theanine is an amino acid that can be found in many tea leaves and herbs. It’s known to aid stress relief and reduce anxiety. Even though is also taken to increase focus and attention, stress relief is its most evidence-based function.

Its side effects may include nausea and irritability.

3. CPD Choline: CPD Choline is naturally-occurring in humans and animals and is an intermediate substance in a common biochemical process that involves converting Choline to Phosphaatidylcholine. Studies show that CPD protects the brain, especially in times of low oxygen supply. In addition, it also increases alertness and consciousness.

Being a natural substance in the body, CPD has no negative effects, except when it is taken in excess, where it can cause stomachaches and diarrhea.

4. Modafinil: As far as performance-boosting drugs go, Modafinil tops the list, having been shown to increase fatigue resistance, improve mood, as well as increase motivation and vigilance. It really is a wonder drug, often rumored to be used by sleep-deprived doctors.

Its side effects are abuse-induced, which means you may suffer things like chronic headaches, if you use it all the time to fight fatigue, without getting enough sleep.

5. Guarana: Guarana, also called Guaranine, is a plant with well-researched and documented effects of improved mental focus and alertness. It is also taken for various other purposes from weight loss to exercise tolerance, but these have not been proven.

Being a naturally-occurring fruit, it does not have severe side effects. However, users have been known to experience insomnia and fatigue when taken in high doses. 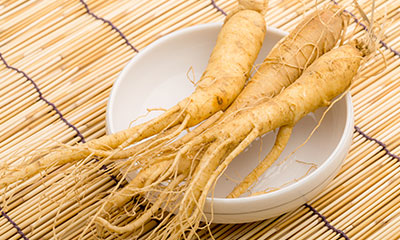 6. Panax Ginseng: Certain herbs are sometimes assumed to have positive, even performance-enhancing effects. One of the most popular is Ginseng. Common in East Asia and North America, the plant does not have any nootropic effects backed by strong scientific evidence. However, it has been said to increase energy levels and activity.

Ginseng does not have any known side effects.

7.Ginkgo Biloba: Also a leaf extract, it is wildly known as a cognitive enhancer, with weak scientific evidence to support it.

8. Vitamin B12: The controversy surrounding vitamin B12 is that it may not be a nootropic, as it does not have any noticeable, quick-onset effects. It is considered more of supplement and nutritional requirement than a nootropic. However, it’s on this list because some people still consider it a smart drug.

Overuse of many nootropics can lead to your body building tolerance, and needing more and more of the substance to get the same effect. It’s a little like what happens with regular alcohol drinkers. They often need more and more alcohol to feel its effects.

Things to remember about nootropics

Many individuals have their definition of nootropics, thus making it a controversial topic. The situation is made worse by substances that are claimed to boost productivity but have not yet been proven. Amongst all these controversies, here are some points for you to keep in mind about nootropics:

The Icon We Need While Fighting COVID-19